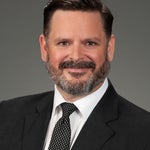 Matt has been a litigator for 15 years. He started his career as an Assistant District Attorney in Athens, Georgia, where he spent several years prosecuting felony crimes. He then moved to Atlanta and spent the next five years at two of Georgia's most respected defense firms, where he handled workers' compensation, trucking, premises liability, and general liability litigation.

In 2012, Matt chose to focus his law practice exclusively on the representation of injured workers in Georgia. In this capacity, he has helped hundreds of Georgia workers navigate the complicated and confusing workers' compensation system. In addition to his law practice, Matt is a trusted mediator who is often hired by parties in litigation to assist in resolving disputes. He also serves the citizens of Athens-Clarke County as a Municipal Court Judge pro tempore.

Matt has earned the AV Rating from Martindale-Hubbell, a distinction that signifies he has reached the pinnacle of the legal profession as determined by peer review. He is also recognized as a Super Lawyer and is rated 10.0/10.0 "Superb" by AVVO. He is a 2011 graduate of the Leadership Academy of the State Bar of Georgia.

Matt earned his juris doctor from Cumberland School of Law in Birmingham, Alabama, and his undergraduate degrees from The College of Charleston in Charleston, South Carolina. He is a member of the State Bars of Georgia and New York. While attending law school, Matt served as the Chief Judge of the Trial Advocacy Board and was a member of Cumberland School of Law's National Trial Team. He is the recipient of the Papantonio Trial Advocacy Award, the James O. Haley Scholarship, and the Scholar of Merit Award for Advanced Trial Advocacy. In 2005, he was inducted into The Order of Barristers.

When not working, Matt enjoys the outdoors, motorcycles, and spending time with his wife, Cathrine, and their spoiled rescue pets. To better serve his clients, Matt splits his time between residences in downtown Atlanta and Athens.

Thank you for contacting us. We will get back to you shortly.

Please complete all required fields below.

The Law Office of Matthew C. Jordan is a service-based law firm with locations in Atlanta and Athens, GA, devoted exclusively to the representation of injured workers throughout Georgia.

Working for Georgia's workers. It's not just a tagline, it's what we do every day. Call us now for a free consultation!